The accidental journalist who took a whim

The story of how SJCC Alumni found his path 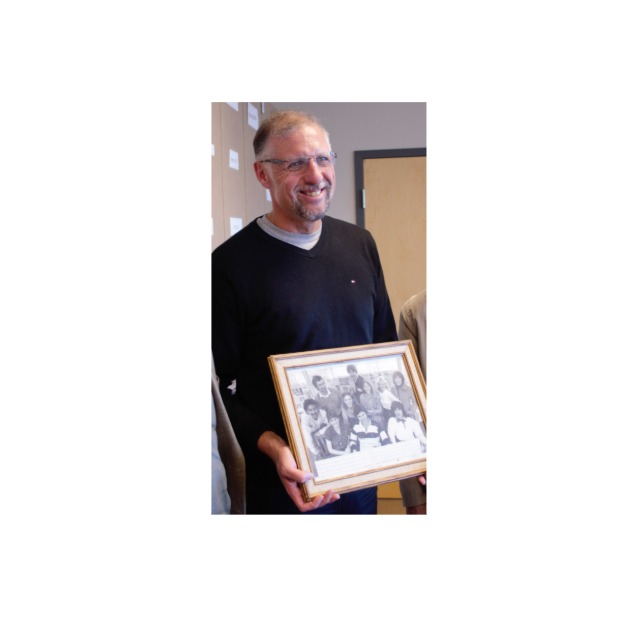 Marcos Breton is posing with a picture of City college Times students from 1983 in Technology Center room 302, on Nov. 5, 2013.

San Jose native and first generation American Marcos Breton, an opinions editor for the Sacramento Bee and California Opinion editor for McClatchy Newspapers, has come a long way in his journalism career. He tells the story of signing up for classes at San Jose City College and not knowing what he wanted to do. On what some may call a whim he decided to take a journalism class and by accident he found his calling in life.

“Lot’s of red marks,” he says. “I see him striding into my office, holding one of my critiques of his writing. They were filled with red marks at first. Gradually the red marks became fewer because of his hard work. When I think of students who persevered at becoming better writers, Marcos Breton comes to mind, first.”

Marcos Breton began college at Evergreen Valley College but it wasn’t until he transferred to SJCC that he found how deep his passion for this profession went. Despite the traumatic experience of Carey’s red marks, he credits Carey for instilling in him the excitement he carries to this day for journalism.

The Spartan has long been recognized as an outstanding student newspaper and just this year was named the top college newspaper in the country.

He honed his craft and after graduating from SJSU, he found work with the Los Angeles Times in it’s San Diego bureau. He sharpened his work and eventually found his way back to San Jose and a job on the night shift for the Mercury News.

In what might seem like a recurring theme, he applied to the Sacramento Bee on another whim and has remained there to this very day.

He reminisced about his days at SJCC and his transition from awkward young journalist to respected newsroom veteran in a recent profile for the SJCC centennial, that can be found at The Roar as saying, “San Jose City is where it became real .. .you’re still a kid but you’re not really a kid anymore. … When I got to San Jose State it wasn’t intimidating. I had been under deadline pressure. I had a heavy workload … while Mr. Carey was our adviser, it was our paper.”