Updates on the recall election

The polls have changed 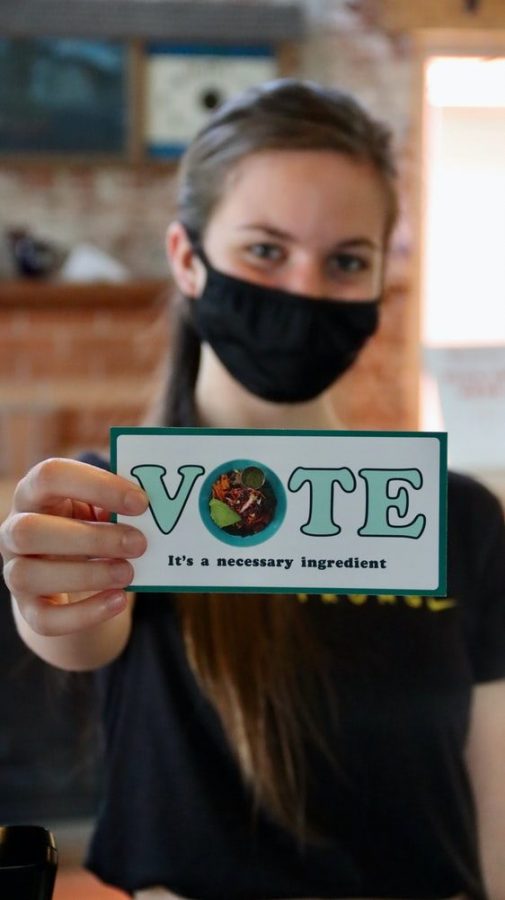 This photo from Unsplash images shows a woman promoting the idea to go out and vote.

With just three days left until the recall election, many voters have given their opinion on the recall. Polls have shown that most voters would like to keep Gov. Gavin Newsom in office, according to researcher Mary Radcliffe.

Voters have seen Rep. Larry Elder surge to the front of the pack and become the possible candidate that would replace Gov. Newsom.

Most voters have been on the fence this election, with this being just the second recall election in California history. The last governor to get recalled was Gray Davis.

Some voters have said that they have been fed up with how Newsom has handled many things including COVID-19, the homeless problem within California and the way he has handled the migrant problem, according to Mark Baldassare.

On the other side, media reporters, like Van Jones, say that this is just a power grab by the Republican National Committee (RNC) and Trump supporters.

In regards to Larry Elder, he reports he would make many executive orders as a new governor. The possible executive orders he could declare include, the restart construction on the border wall or the urge to follow Texas’ lead and ban abortions and the removal of COVID restrictions.

From what the people have seen, the two front runners are back and forth with Newsom saying this is, “an attempt by national Republicans and Trump supporters to force an election and grab power in California,” and Elder saying, “our government is what’s ruining the Golden State.“

The people already know that this recall election will cost California taxpayers $300 million.

Citizens have seen and heard that President Biden and Vice President Harris are going to campaign for Gov. Newsom. If Newsom gets the boost that he is hoping for from Biden and Harris, his chances of staying governor may just become a reality.

Ultimately voters will decide the fate of California and in three days citizens will find out the result.