What is college doing to show its support for Black Lives Matter?

An inside look on campus morale 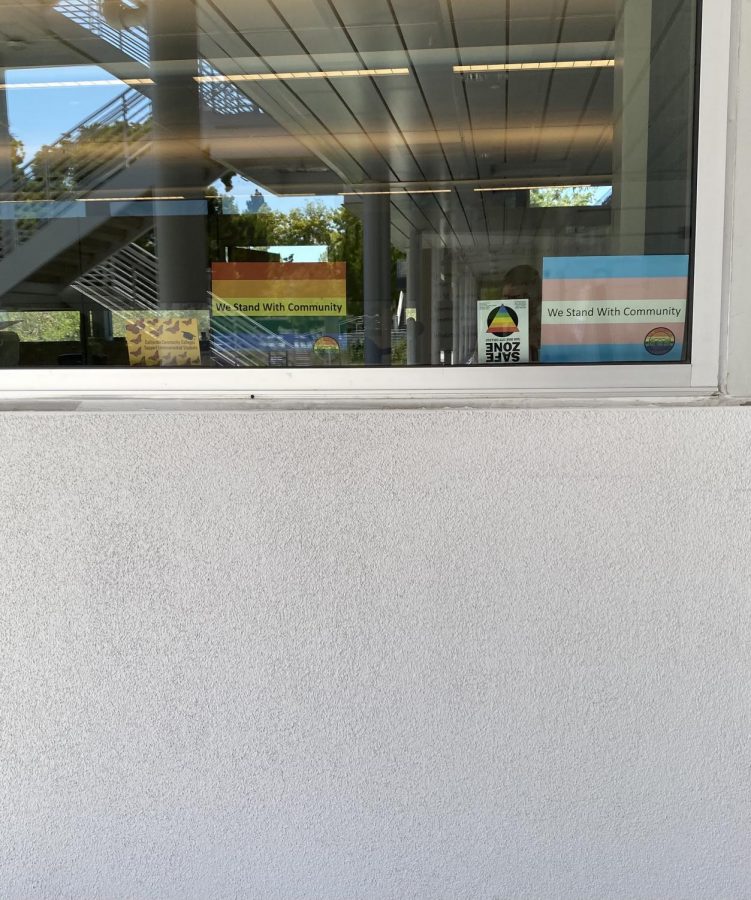 The photo above is a window portraying the LGBTQ+ Rights Flag and the Transgender Rights Flag. The flags say, “We stand with Community,” and are posted right outside the Metas building. This is an example of San Jose City College showing support to a controversial topic, similar to the Black Lives Matter movement.

Students are back on campus and some ask, “What is San Jose City College doing to show its support for Black Lives Matter?”
The answer: Not much at all, some students say. This is not to say the school has not done anything in the past.

“I haven’t walked around and seen any signs, but I did see on the website where they mentioned it,” SJCC student Ashley Maria said.

Members of our football team, David and Bryant, spoke about how their coaches sat everyone down to have a talk about the movement.

“Our coaches did talk about it, but I haven’t heard anything of it since then, we talked about it and addressed it, but then we moved forward,” Bryant said.

They said they felt as though the coaches would always have their backs, but as far as the college itself, it seems a little more “bandwagon.”

“We were just standing there talking and they thought we were going to steal the food, so they started just staring at us and other things,” she said.

Walking across campus proved to not be in the school’s favor either in terms of Black Lives Matter. No signs, flyers or flags were displayed to show students their support toward the movement.

SJCC Librarian Shelley Blackman pointed out how the Academic Senate has posted multiple times in the past that San Jose City College does support the Black Lives Matter movement.

Due to the Academic Senate, an ethnic studies course is required for all students to take in hopes to educate students about race and fight racism.

On May 25, 2020, George Floyd was murdered by a police officer who knelt on his neck for 9 minutes, 29 seconds, reporter Amy Forliti wrote in AP News. The phrase, “I can’t breathe,” quickly became a slogan for protests that rose following his death, as he repeatedly tried to tell the officer who was suffocating him that he could not breathe.