Cara Parker: The leader behind the magic

Transfer student has been selected as a Robert N. Chang Scholar 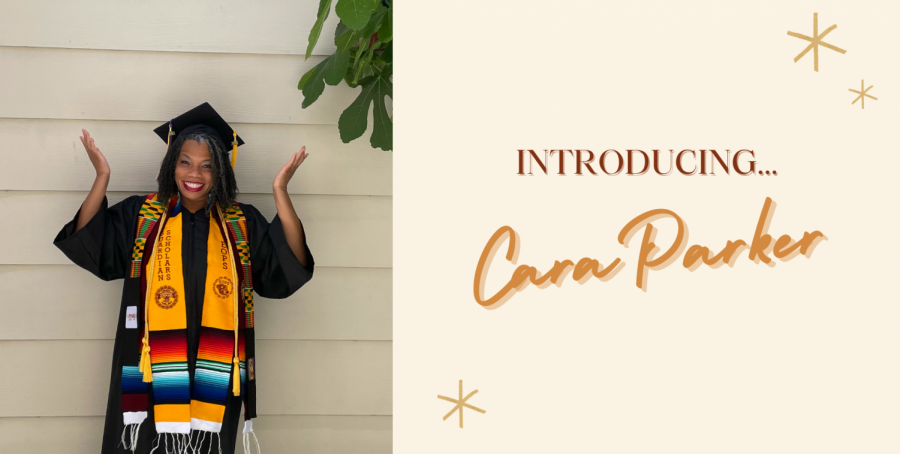 Eight transfer students have been selected as the 20th Year Robert N. Chang Scholars, who “have exemplified the highest motivation and resiliency in achieving their goals, and Cara Parker is one of them.

Each of these students will receive a scholarship ranging from $2,500-$5,000, which is renewable for a second year, wrote Doriann Tran, international counselor/coordinator, in a collegewide email.

“It really helps, because I’m going to be in school for a while,” said Parker. “ I really do appreciate that they picked me as a recipient.”

Parker was born in San Jose and raised in Palo Alto, she grew up with her grandmother who she describes as a “Texan Jehovah Witness.”

Parker credits her grandmother for being a huge influence on her life.

“We (her family) had a lot of strong women, only one of them had a college degree,” Parker said. “But they’re all smart in their own way. So you have a little bit of everybody.”

Growing up in her household Parker said that there was good and bad, she notes that her upbringing was never easy and faced many challenges in her lifetime.

“S**t sucks and if you don’t laugh about it, you’re going to cry,” Parker said. “But you can’t smile at everything. You got to feel it when it hurts, you got to let it go when it’s time and sometimes it stings awhile.”

Parker said her outlook to life has allowed her to take in the good and the bad keeping it on a scale.

“The one word I will use to describe Cara is ‘sui generis’ meaning unique. She is indeed unique in her approach to life,” said Hasan Rahim, Parker’s Statistics professor.

Parker said that she wants to be remembered as someone who is going to tell it to you straight and help you get it straight.

This is one of the reasons she is currently studying sociology at San Jose City College and transferring to San Jose State in fall 2021 with the intent to counsel others.

Parker said she has a desire to help those around her and she does so by helping the community and getting involved any way she can.

Parker is involved on campus mostly through the UMOJA program, as a leader. One major contribution Parker made was a food drive for the community.

“Cara organized a food distribution drive for our community in fall 2020,” said Cindy Hyunh, Parker’s professor of Ethics. “It was really successful! Her efforts supported 100+ families for Thanksgiving.”

Parker said she has been feeding the community around her outside of school for a while.

“I’m not not going to help people,” said Parker, “I go down to St. John’s Park in Downtown San Jose and basically give people food and drag my wagon with me.”

Parker also said how at times when she’s overloaded with food, she gives boxes of food to those in her apartment complex as they’re also part of her community.

“When I asked her how it went post-drive, she (Parker)said that she regretted not having enough supply for everyone who emailed and called. This exemplifies her giving, generous and thoughtful spirit,” Hyunh said.

“I had a death in the family and found out in class or right after class. Cara brought me a card as a result,” said Khalid White, Parker’s professor of ethics.

Parker said the challenges she faced made her an empathic person who can relate to you and hear you out with a smile on her face.

“I’m happy when I wake up,” Parker said. “Honestly I’m happy that I’m able to wake up and complain about it. Some people didn’t get to do that this morning and they thought they were.”

“When Cara walks into the room, the joy and happiness levels instantly go up. Any lingering sadness immediately evaporates and before we know it, we are learning and laughing and having meaningful conversation about what’s important in life,” said Rahim.