Catfishing and harassment are harmful to users 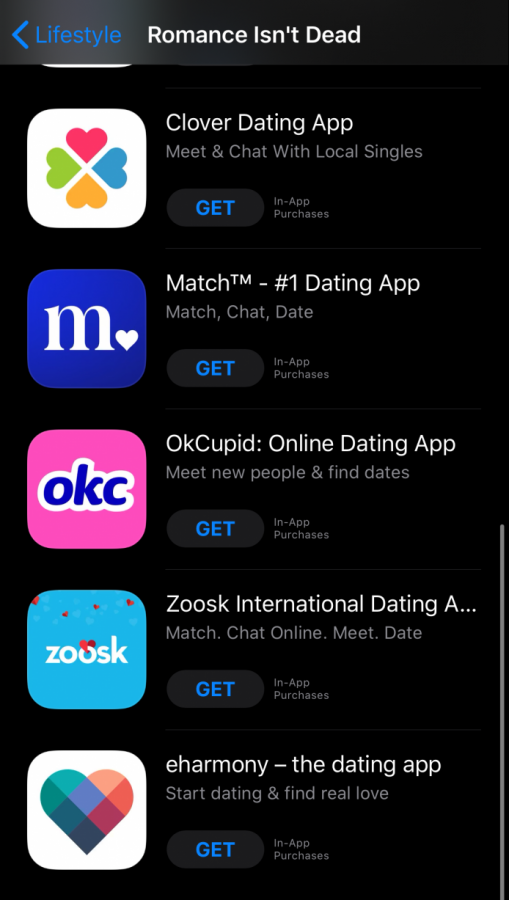 Dating apps are normal to use for meeting new people and building connections, but they are not safe.

As people are forced to meet virtually because of COVID-19 guidelines, it might feel tempting to download dating apps to fill the void of boredom.

Built In, a national tech community, quoted a report in August by Business Insider saying, “Dating apps have done remarkably well during the pandemic. Match Group, the parent company for 45 dating brands, including Tinder, Hinge, OkCupid and Match, reported an increase in downloads and subscribers from pre-COVID-19 levels in the second quarter of this year.”

While they are popular, the dangers of using them are not often taken into consideration before setting up a profile.

While being on these apps, messages that are sent are not reviewed. This can be taken advantage of and allow people to say whatever they want, thus making users easily harassed.

Pew Research Center, a nonpartisan American think tank based in Washington, D.C., reported in February 2020 that 60% of women from ages 18-34 said that someone on a dating site or app continued to contact them after they said they were not interested; 57% reported that they were sent unsolicited explicit messages or images.

Let’s say you get along with someone online, but how do you know that they are who they say they are? A common problem with these apps is that many people tend to catfish others.

Tinder, for example, puts a blue check mark on one’s profile when the user takes two selfies; the app does face recognition by comparing the live photos to the ones that are on the profile. Some dating apps have this feature to let other users know the person they’re chatting with is genuine, but they do not make it a requirement to be verified.

A majority of the episodes do not end well, the one person that is suspicious of the other usually gets heartbroken when they find out the truth. When watching this show, it is evident that catfishing can happen to anyone, even if the connection between a couple seems to be real.

Another problem with dating apps is that background checks are not required either. Criminal records are an essential that needs to be reviewed when meeting new people, but these companies do not ask for them.

GroupOne, a background screening company founded in 1988, in a January 2020 article suggested that, “We need a federal law mandating that apps that match people with the expectation of an in-person meeting — whether for a ride, a home repair, a date or a platonic meetup — be required to check their users, including passengers, against criminal databases at least twice per year and block violent criminals.”

With these problems, dating apps should definitely be doubted before downloading. Meeting a partner through friends, at school or work can be much safer.