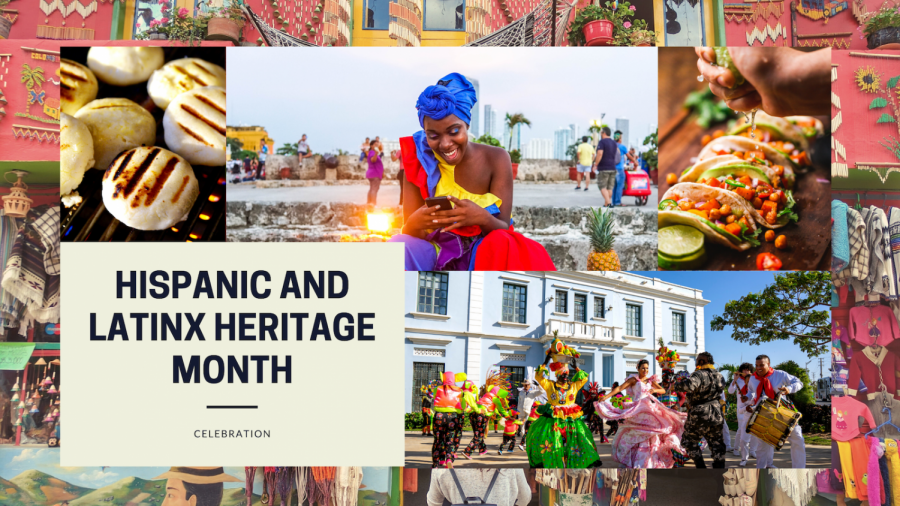 “Hispanic heritage month means finally acknowledging a culture that was given maybe three pages worth of information in our textbooks growing up and is allowing Hispanics to embrace their culture in an academic setting and allowing others to learn about it as well,” SJCC student, Matthew Valdez said.

In honor of #HispanicHeritageMonth2020 and to partake in it, SJCC president has emailed poems on Tuesdays and Fridays. These poems are written by Latinx people from the Bay Area to reflect the hardships and struggles that were put before them.

“It’s a great time for people to learn a lot about other cultures, it helps expand knowledge among everyone,” former SJCC student Alyssa Lepik said.

Hispanic Heritage month has more history beneath the name. Starting in 1968 by President Lyndon Johnson, it began as a week of appreciation until President Ronald Reagan expanded it to a month in 1988.

“Hispanic Heritage month is absolutely necessary because it helps people feel more encouraged sharing their cultures and being their true selves,” SJCC student Cheyenne Rayford said. “In a world where much of the media is pandered to white people we need to see and hear the other voices of other cultures, having a month dedicated to that really inspires that.”

The month of celebration also kickstarts on the day of independence for Latin American Countries, such as Honduras, El Salvador, Costa Rica, Guatemala and Nicaragua. Following this day, Mexico and Chile also celebrate their independence days on Sept. 16 and Sept. 18.

Here is the first poem sent out by SJCC president, Freeway 280, by Lorna Dee Cervantes, speaking on the impacts of gentrification on poorer families/communities in the Silicon Valley and Bay Area.

Las casitas near the gray cannery,

are gone now. The freeway conceals it

all beneath a raised scar.

But under the fake wind sounds of the open lanes,

in the abandoned lots below, new grasses sprout,

come back stronger than they were,

trees have been left standing in their yards.

I scramble over the wire fence

that would have kept me out.

Once, I wanted out, wanted the rigid lanes

to take me to a place without sun,

without the smell of tomatoes burning

on swing shift in the greasy summer air.

where I’ll find it, that part of me

mown under
like a corpse
or a loose seed.