Children locked away by Immigration and Customs Enforcement

An insight into the current immigration system processes 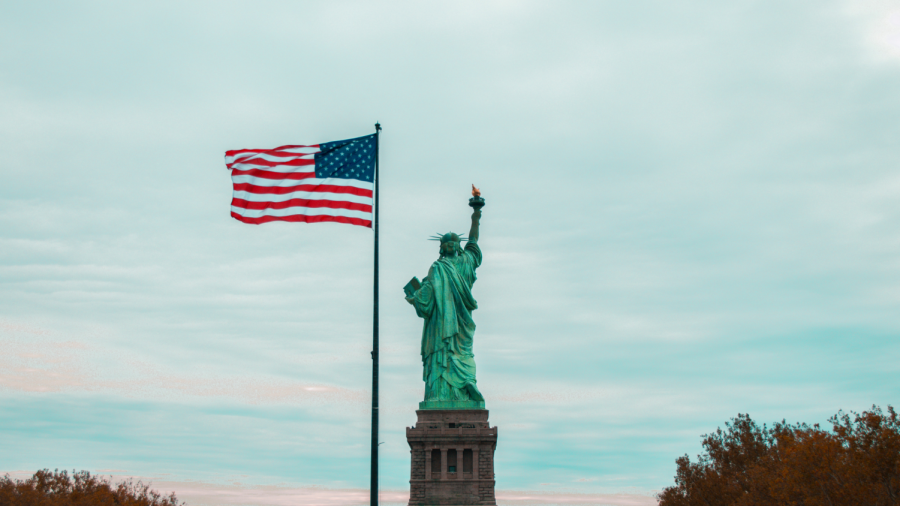 Valentine captured the American flag next to the Statue of Liberty

As documented by The New York Times, in the past few months Immigration and Customs Enforcement unit  has been taking immigrant children and locking them into hotels.

“I try to not bury myself in the news but I, unfortunately, am aware that with our current administration, immigration and deportations are at an all time high,” local resident Cymone Haynes said.

Immigration and Customs Enforcement, was established in 2003 after the 9/11 attack in 2001. ICE has three different branches, each specific to a dedicated field.

Enforcement and Removals Operations, one of the branches specializing in detainments and deportations for immigrants already in the US, and Border Control have been making headliners.

According to AP News, when an immigrant crosses the border and is caught by border control, they go through a court process to see if they are eligible for asylum.

According to “Shadow Immigration System: Migrant Children Detained In Hotels By Private Contractors” posted on August 20 by the NPR News, a Secret Service team has been granted permission to instead take the children to hotels where they lock them in until they can go back to their countries.

Because of this, most children have been taken to strange hotels where they don’t even have the necessities or contact with any sort of help.

Katherine Hernandez is a San Jose student, who migrated to the United States from El Salvador.

“I did see that on the news, there were people holding up signs saying we don’t have phones, we don’t have a way to contact you but we need help,” Hernandez said.

As emphasized by the Chicago Tribune, immigrant minors are being left alone with no help. These minors have not been granted permission to even leave their rooms. The hotel floors on which they stay on are guarded with high security.

“I heard that when people tried to get into those floors, they were immediately beaten and shut down by ICE agents and police,” Hernandez said.

“They are minors, they can’t speak for themselves… to have a secret service and go behind their back to kill their dreams and take away their opportunities is dehumanizing,” immigrant Alex Gonzalez said.

In the last month, there has not been any more updates about what ICE, or this secret service, has been doing to immigrant minors, the system has stayed quiet.