An insight on leadership in the nonprofit sector 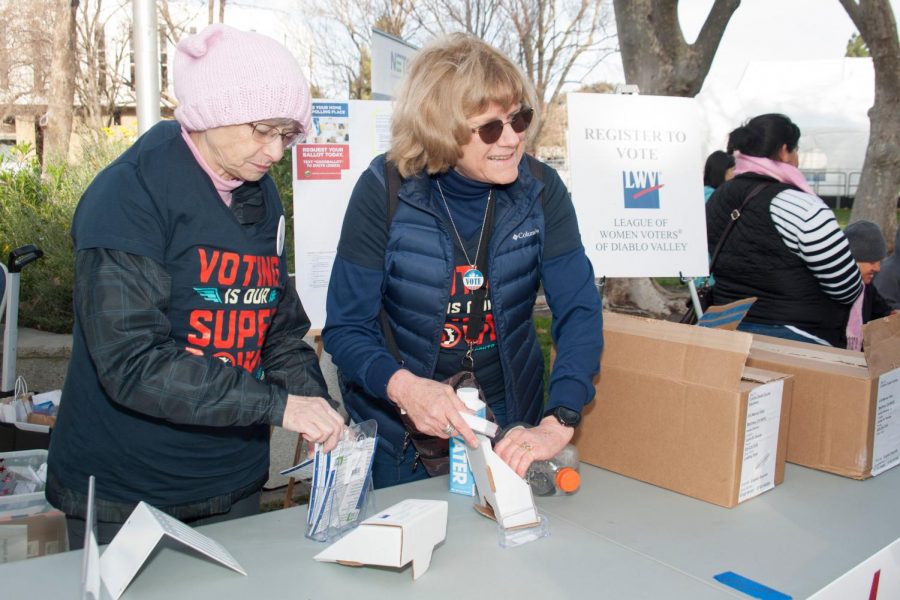 Suzan Requa, a retired AT&T business manager from Concord, has been a leader in the nonprofit sector for the last five years, and she said the experience has been rewarding.

“Working in a nonprofit is so wonderfully open-ended, it is not like having a job where there is a pattern, a set management structure,” Requa said, “in the non-profit, you get to refocus anything.”

Requa is the president of the League Women Voters of Diablo Valley, a nonpartisan political organization that educates the community about voting rights and engages in community efforts to produce social change.

Requa graduated with a bachelor’s in political science, however, there was not a straightforward path to where she is now.

“In my life, I was privileged to stay home and raise young children. So, I did lots of volunteering, such as task measures of the Mount Diablo School District, PTA president, school district elections.” Requa added.

She said that it takes more than just enthusiasm for the work, people need to be driven by the organization’s work and be passionate about it.

“There is something in me that I want to lead to have that constructive improvement wherever I am working,” Requa said, “I like to draw out and add ideas, and I also like to have an impact in all areas of the organization.”

Ann Fynn, a Pleasant Hill resident, has been working closely with Requa for about six years. She said that she knows Requa as the league’s secretary and now as the league’s president.

Fynn said that under Requa’s leadership, the league had taken a turn into a more humanity-based work. Fynn described Requa as a “value-driven leader.”

“People are never in the dark about how she feels about an issue, she has such a commitment to her values.” Fynn said.

Fynn added that Requa is very human-centered and a believer of social service, who brings up topics to the board that are not necessarily on their radar.

Requa said that this particular organization became of interest because of the kind of work they do.

“I saw the need in this particular league to have some new leadership and strengthen the impact of the organization, which I felt was so valuable to the community.” Requa said.

Requa mentioned that one of the things she enjoys about nonprofit organizations is that leaders are in a prime position and have an audience that wants to move forward, intends to promote change and take advantage of new ideas.

For Requa, the most challenging part of being in the nonprofit sector is organizing fundraisers and communication. She said that having the ability to attract and motivate others is imperative in this kind of work.

Requa said that effective communication would lead you to more significant accomplishments.

“You need to find talented people in communications to effectively portray what you want your organization to accomplish, and what your mission is to the community.” Requa said.

Ashmi Desai, a communications professor at SF State University, certified for dialogue facilitation on divisive issues and intercultural development facilitation, has a viewpoint similar to Requa.

Desai said that communication is the most critical skill to develop when working to produce a change in the community.

“Out of the many skills that a person can possess to work in the nonprofit field, like fundraising, engaging people, I will emphasize communications, and particularly communications that can address people across differences.” Desai said.

Desai worked in the UN association in the Nothing But Nets program, which advocates for malaria and education in Asia, South America and other parts, especially Sub-Saharan Africa.

“It was imperative to bring people together, find a common language across differences of cultures, ethnicities, race, abilities,” Desai said, “your outlook, your beliefs are all based in the language you speak.”

Desai said that language is such an inherent part of our lives. Desai added that building communications channels is vital to create means for people to solve issues and find ways to work together.

Additionally, Requa said that it’s an excellent strategy to be an inclusive leader, creating a good atmosphere, being open-minded, acknowledging everyone’s contribution, including board members, volunteering and staff.

“I draw out their contributions. I am very supportive of the work of every individual working in the effort.” Requa said.

Requa added that it is critical to encourage teamwork when you work with volunteers, influence them and be empathetic to build cohesive teams.

“Create teams that will work together on specific goals that they have enthusiasm for,” Requa said. “When you accomplish your mission, your volunteers will be happy because they were part of the accomplishment.”

Requa said that working toward a common goal helps the team learn more about each other, it strengthens their trust, which brings new ideas, new efforts, and creates accountability.

Diane Bianchi, a resident of Orinda, has known Requa for almost four years. Bianchi mentioned that Requa is passionate, very committed to her work and has the organization’s best intentions.

“Her passion about stuff, sometimes lead her to take us into a direction we don’t have the capacity to do,” Bianchi said, “but, I am seeing more people coming into the league, and it seems there will be the capacity, the capacity will grow, as more people are joining, that’s exciting.”

Requa’s advice to recently graduated students is “have an enthusiasm for the organization’s work.”

“If you have an enthusiasm for an issue or advocacy that you want to pursue, and there is no organization working on it,” Requa said, “create your organization.”