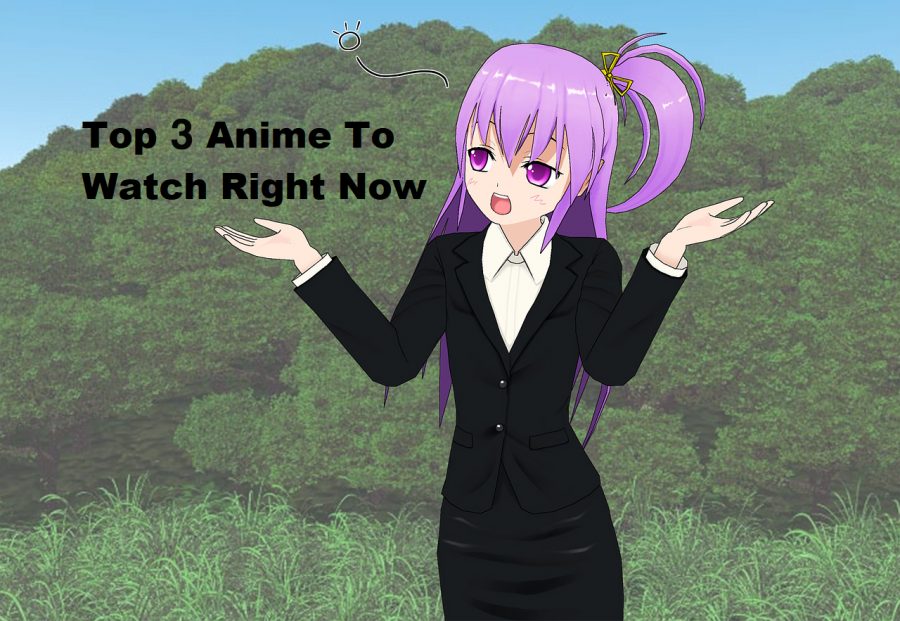 The COVID-19 quarantine is the perfect time to stream Japanese cartoons, called anime, which have gained in popularity over the last decade.

From secretly staying up as a kid to watch anime on Adult Swim to streaming anime today on Netflix, Japanese cartoons have gained in popularity in the last decade.

If you have never watched any anime before, now may be the perfect time to try.

Anime is defined as any Japanese cartoon, according to Japan Talk, a website for Japanese Culture. Many anime are based on manga, which are Japanese comic books. Genres range from comedy and crime to fantasy and sci-fi.

With anime on the rise in popularity in the U.S., Netflix dedicates a whole section to anime that even includes shows produced by the streaming service.

Contrary to popular belief, anime is not just for kids. Though anime is animated and may include characters with super powers, the complexity of most anime is not very different from other shows that appeal to adults and teens.

Anime is unique for the interesting storylines, creative artwork and the complexities in character development. Here are three anime that hit all those points but in different ways.

“Boku No Hero,” renamed in the U.S. as “My Hero Academia,” is an action anime about a world where most of the human population possesses a type of superpower.

These superpowers, called “quirks,” range from being able to shoot fire out of your hands to having a stretchy tongue like a frog’s. This anime follows the coming-of-age story of Izuku Midoriya, who inherits his quirk from All Might, the world’s greatest hero.

The story is about Midoriya’s development in becoming the next biggest hero. With action, great character development and humor, this anime is a perfect starter for people who have never seen one before.

“Shokugeki no Soma,” renamed as “Food Wars” in the U.S., is an anime about cooking. Well, not just cooking, but battling. The show follows the story of culinary student Soma Yukihara, who worked at his father’s diner but then joined a prestigious cooking school.

With realistic illustrations of food and crazy food competitions, called shokugeki, this anime will surprise you in how they accurately portray real cooking techniques and culinary arts. This anime is for adults with occasional sexual jokes.

Compared to the lightheartedness that can be found in “Food Wars” and “My Hero Academia,” “Demon Slayer: Kimetsu no Yaiba” is a dark anime about a boy named Tanjiro Kamado, whose family is attacked and killed by demons.

Tanjiro’s sister, Nezuko, survives but is transformed into a demon because of the attack.

The story follows the journey of Tanjiro and Nezuko in search for a cure to turn Nezuko back to human.

Though this may not be the right anime for someone who is sensitive to the subject, it is a heart-wrenching story about a boy who will do anything to save his sister, even though that may include becoming an expert demon slayer.

“Demon Slayer,” “Food Wars” and “My Hero Academia” can all be streamed on Hulu.