Sanders ends his campaign and endorses Biden: What this means for America 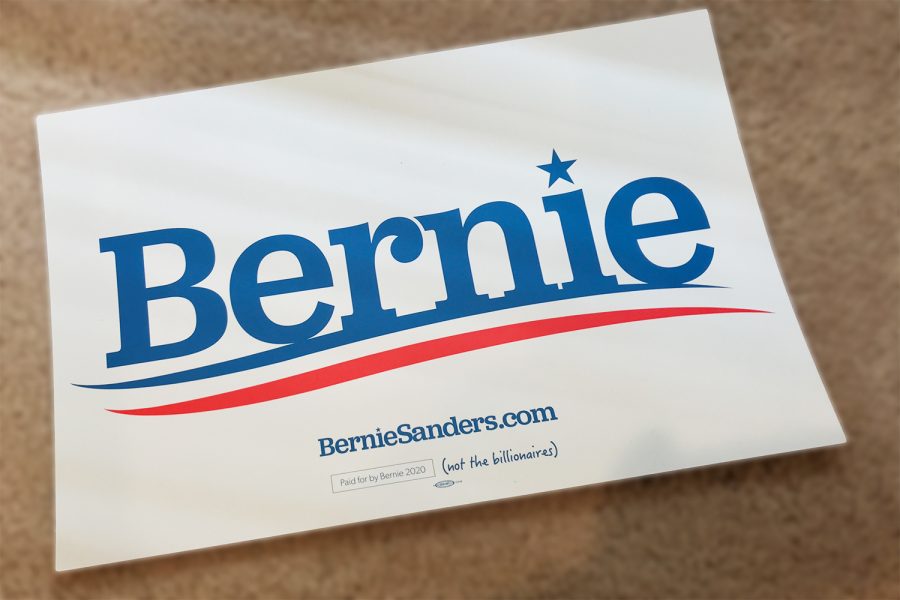 Sanders was a symbol of honesty and compassion within American politics, as he consistently fought on the side of the oppressed, even when it was not popular.

His recent decision to withdraw and endorse former Vice President Joe Biden on April 13 was a massive mistake, although this surrender could actually have been predicted months ago.

His signature plans of Medicare for All and the Green New Deal have now met their fate, for the time being, as Biden has stated in recent interviews that he has no interest in signing either into action, even if they pass in both Houses of Congress.

Sanders always took the high road when debating opponents, which meant never attacking them personally. During the 2016 primary race against former Secretary of State Hillary Clinton, he never took the opportunity to discuss her email controversy.

Then-candidate Trump did, and won.

“There is no doubt (Biden’s) record represents the transactional, grossly corrupt culture in Washington that long precedes Trump,” Teachout wrote.

Sanders could have used this information to his advantage. Now it is certain that Trump will.

Sanders’ continued inability to criticize his “friend,” as he called Biden, was nothing but a major sign of weakness that his opponents lacked.

One of those opponents was former President Barack Obama, who led the unification of candidates around Biden and endorsed him Tuesday, April 14.

“Some of (Obama’s) aides now concede that behind the scenes Obama played a role in nudging things in Biden’s direction at the crucial moment when the Biden team was organizing former candidates to coalesce around Biden,” wrote Ryan Lizza in Politico, a news website, April 9.

At the start of the race, Sanders seemed to have no real opposition, taking Iowa, New Hampshire and Nevada by storm.

Mainstream media agreed with this assessment, and seemed to say it with great discontent, because Sanders presidency would mean an end to Trump and a subsequent loss of revenue.

Biden’s win in South Carolina on Feb. 29 was hailed in the mainstream media with great praise and garnered him the support of all other (barring Elizabeth Warren and Sanders) Democratic presidential candidates, who dropped out the next day to endorse him.

Two days later on March 3, also known as “Super Tuesday,” Biden went on to win the majority of states. It was a disaster for Sanders, who was expected to be in the lead.

If not for Obama’s phone calls to candidates urging them to drop out, this situation would not have happened and Biden would have left the stage.

The Democratic Party uses Trump as a cudgel to beat into our minds that significant change cannot be made in this country and that with his disappearance, things will go back to normal.

Trump is not the enemy of the leaders of the Democratic Party or ruling elite. His presence allows for scapegoating of real problems that were not of his doing.

The city of Flint, Michigan, still does not have clean water, most Americans are living paycheck to paycheck, the military budget is bloated and at least 30 million U.S. citizens lack medical insurance.

These were all problems that Obama either ignored or worsened yet Sanders fought all his life to fix. But if Biden becomes president, which seems unlikely because of  his seemingly worsening dementia symptoms, he will ignore them as well.

“Former Vice President Joe Biden assured rich donors at a ritzy New York fundraiser that ‘nothing would fundamentally change’ if he is elected,” reported news website Salon on June 19.

If nothing changes to improve the lives of the middle and working class, then those people will vote again for Trump, against their own self-interest, because they are sick of the same political machinations.

The rich democrats will then line their pockets with more cash from Trump’s tax cuts, while telling their lackeys in the ostensibly liberal media of CNN, ABC, MSNBC and The New York Times to proclaim that Trump is a mortal enemy.

We, the youth, have heard the news, have heard Obama’s flowery but disingenuous speeches, have heard Biden’s ceaseless gaffes. It has been clear for some time that he will not make meaningful concessions to the progressive wing of the Democratic party if he wins, even though it makes up 30 percent of the electorate.

Voting for Biden in November will be yet another message to the rich democrats that our voices do not matter, that all we do is complain.

The Democratic Party must understand that it cannot exist without the progressive voice and must make major concessions before we help it in any way.

Until such time, this year’s candidates for the Green Party or the Party for Socialism and Liberation can be voted for with good conscience.