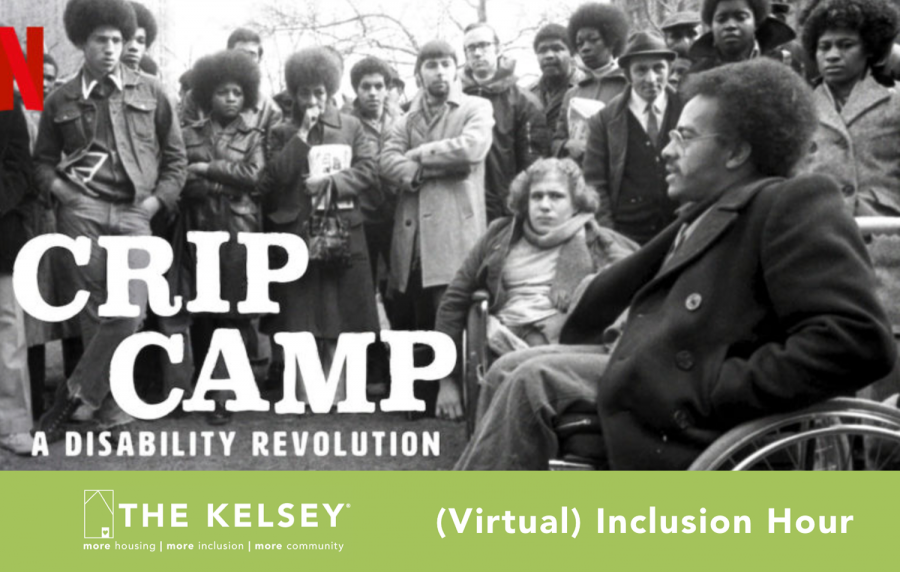 Courtesy of The Kelsey

The Kelsey will show parts of the documentary "Crip Camp" with a discussion afterward on the Zoom virtual platform March 31.

Disability advocacy organization The Kelsey is hosting a virtual Inclusion Hour to gather together people with and without disabilities for a night of community during the Covid-19 shelter-in-place order.

This event will take place March 31 at 4 p.m. via the online platform Zoom.

Snippets of the film “Crip Camp” will be shown and a discussion will follow about how communities can become more inclusive of people with disabilities.

“Crip Camp” was released on Netflix March 25 and was directed by Jim LeBrecht, a disability rights activist.

“The Kelsey is an impact-driven affordable housing startup working to execute new housing models, … housing that is fully inclusive of people of all abilities and incomes,” according to The Kelsey website.

Starting in the Bay Area, The Kelsey’s first project will be in downtown San Jose off First Street.

This project is something that has never been done in San Jose before so it has received mixed feedback from the communities around where the first Kelsey building will be.

There have been many neighborhood and city meetings to hear the concerns.

“The Kelsey has received some push back from the surrounding neighborhood as this is a groundbreaking project, and many people are understandably nervous of the change it may bring,” said Vendome resident Bob Bixby. “As a community, the Vendome neighborhood has been an island of constancy in the swirl of a fast-growing city; but I see this kind of change as something potentially amazing.”

The staff of The Kelsey originally came up with the idea of holding an Inclusion Hour for the residents of the building once everyone moved in, but they realized that they could hold these events both in person and online while the project was still in the early stages.

“We can have an Inclusion Hour where we can connect and we can talk about the film and what it means in the context of our work. To create affordable inclusive housing is really the goal,” said Micaela Connery, Founder and CEO of The Kelsey.

There will be a panel to discuss the film more in-depth including:

To attend this event follow the link or call the number.

This event will have live captioning.