What a Ukrainian explorer can teach about leaving the comfort zone 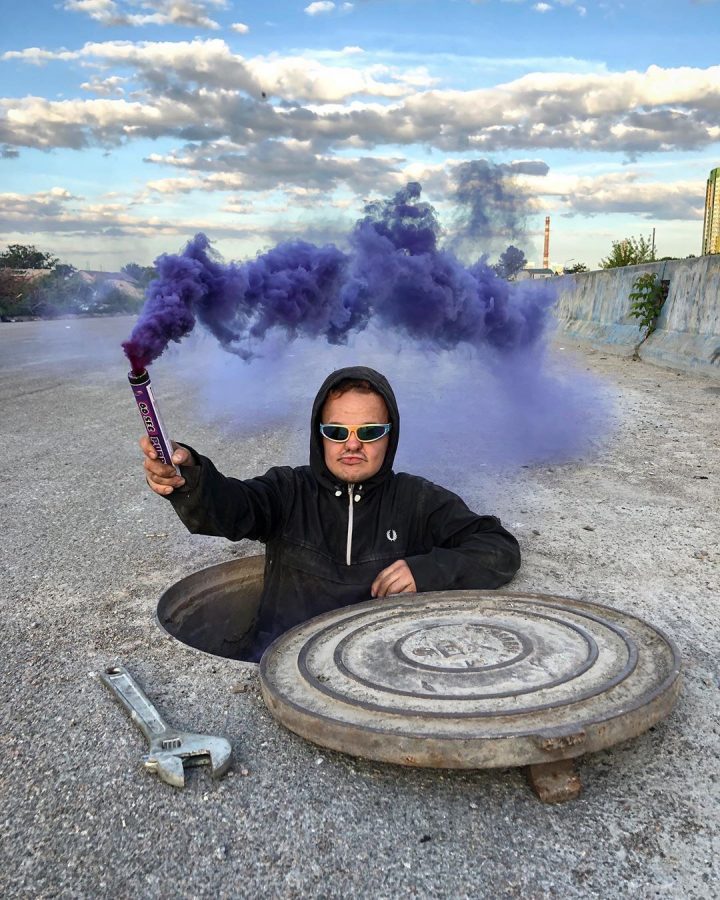 The fall of the Soviet Union left countless secret underground bunkers, subways, towers and factories for later generations to delve into.

Super Sus is a Ukrainian YouTuber recording his adventures in these mysterious places. He calls his viewers the Pubertat, which is a slang term for a group of young people.

Covered in soot and mud, Sus erupted in a roar of triumph as the door to a vault opened. Sus, also called Susanin or Vasya, is known for his charisma, signature appearance and unbreakable confidence.

He speaks Russian and Ukrainian in his videos, but English subtitles are provided as well.

An avid adventurer, Sus plunges into the depths of any and all subterranean structures, though his favorites seem to be subway systems.

His cameraman Dima and the viewers are constantly baffled by his knowledge and desire to visit these strange places.

“He is pretty weird and brave,” said Orestes Portela, computer science major. “I think most people would try to avoid those dirty and dark structures.”

Sus’ curiosity, love of adventure and ability to leave his zone of comfort might be the initiative to get viewers energized to do something new in their field of interest.

“Take a backpack, put it on your shoulders and leave your house,” Sus said in an interview, encouraging people to leave their comfort zone. “It doesn’t matter where, just go.”

Not all would embrace his actions, but many agree with his methods.

In order to leave his comfort zone, Gerardo Gomez, undeclared major, said he “jumps right in.”

“If I find that something is making me feel nervous and uncomfortable,” Gomez added, “I take that as a sign to just do it.”

The greatest point of discomfort in new situations is usually the start. If that is overcome, what remains is less taxing.

“I feel bold and invincible,” said Silvia Saucedo, communications studies major, “when listening to I’ll Try Anything Once by The Strokes.”

She said she wants to feel comfortable leaving her zone of comfort.

One of the most dangerous places Sus went to was the Pripyat exclusion zone, the site of the catastrophic Chernobyl nuclear meltdown in 1986 that irradiated the surrounding environment and poisoned millions.

At the start of the adventure, Dima sees Sus pouring himself vodka and asks:
“Susanin, will you be able to complete the journey if you drink that?”
“Why wouldn’t I be able to? I won’t make it if I don’t,” Sus said. “The vodka stops the absorption of radiation.”

Sus explained his plan to pass the guards undetected by going in under the cover of darkness, first entering a sunflower field and then through a swamp.

“The sun is setting and the zone is a few kilometers away,” Sus said in the vlog. “We need to go that direction.”

Sus and Dima waded neck deep through the swamp carrying their clothes and supplies above their heads.
Sus’ short stature left viewers worrying that he would drown, pulled down by quicksand or a mutated catfish.

The team got lost, but Sus relieved their fears by saying “now I’ll navigate by a star,” to which Dima asked, “Which one?”
“I’m the star,” Sus said. “Let’s go.”

The following morning, Sus found the junkyard where firefighters and volunteers left the equipment used to clear the Chernobyl fallout.

A geiger counter he was carrying, used to measure radiation, clicked incessantly.
“F—, dude — we can’t stay here for long, look at these readings,” Sus whispered to Dima, horrified by the peril they were in.

Sus is incredibly enigmatic, constantly altering the details of his background. He often talks about historic events that he was not alive for in the first person, such as World War II or the Vietnam War.

Sus has a scar on his face which he attributes to a firecracker that exploded prematurely when he lit it like a cigarette in his mouth.

One of his recurring anecdotes has to do with being captured during a war between Vietnam and Chernihiv, a Ukrainian city. According to Sus, he and his comrades were being starved and tortured, yet he was able to flee.

“They wrote about my escape from the concentration camps in the newspapers,” Sus said in a vlog. “Can you imagine what happened to the high ranking officers? I feel terribly sorry for them.”

Questions arise about this narrative because the distance between Vietnam and Chernihiv is more than 7,800 km.

During a trip to the Zakopane mountain range in Europe, Sus heard about a recent lightning strike that killed two hikers.

“It is interesting,” Sus told his team. “Maybe if I get struck then I might get smarter.”

Sus and his team woke up early to attempt a climb to the peak on the ridge. Sus worried that it would be a difficult trek because he said he ate “1.5 kgs of sausage for breakfast and my stomach is making its own gravitational field.”

When they reached a lake, Sus pointed up and yelled, “We’re going up to that peak behind the clouds. Let’s see if we survive.”

“I was born among rocks like these,” Sus said. “I’m a gnome and mined crystals when I was young.”

Halfway to the summit, Dima asked, “Sus, where is your selfie stick?“
“You are my selfie stick,” Sus replied, “the best in the world.“

“We had wanted to explore the mountains for ages,” Sus exclaimed upon reaching the peak, “and we managed it.” He then told his viewers to “set goals and move forward, you can do it.”

Even though few may find interest in exploring underground bunkers, the attitude Sus holds towards life is one that could benefit those finding their way in life and encountering obstacles to their success.