The price of being an international student is becoming less affordable day by day. 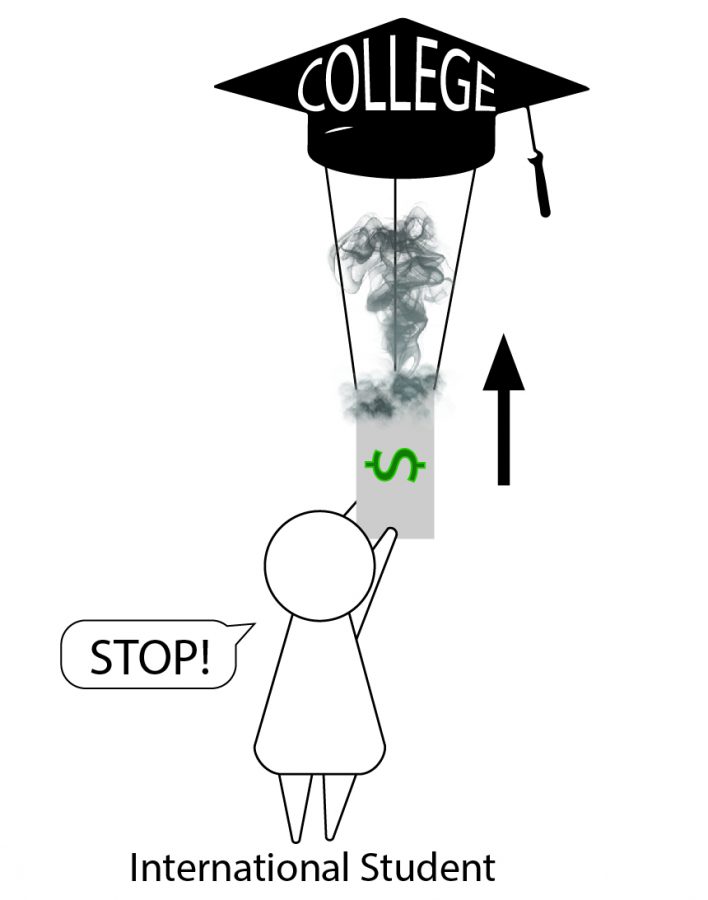 International students attending the U.S schools have to pay double tuition, and this fee keeps increasing every year.

According to the 2019 Open Doors Report on International Educational Exchange, in 2019, the total number of international students in the United States is 1,095,299.

“First, I decided to study in Australia,” said Emily Han, a Burmese student who has attended San Jose City College for three years. “But then my uncle told me to come to America because the education system is good and the cost is the same when compared with Australia.”

Although the education system is good, the tuition has become one of the biggest problems for him.

“It is unfair when international students have to pay double tuition,” Han said. “Moreover, this fee keeps increasing every year.”

Students are bewildered by the change of the tuition fee.

“There is no explanation from school why they increase the tuition,” said Andrea Correll, 23, computer science major. “However, I notice that whenever the minimum wage increases, the tuition increases as well.”

The representative office of international students does not know the reason why the tuition climbs.

“The tuition is going to increase again next semester,” Quang Tran, a student assistant who is working in the international student office said. “We have no idea why this happens, but it is not because of the school. It is the change of the district’s policy, and all other schools will increase tuition as well.”

Having the same situation, Minh Le, a 23-year-old Vietnamese student, who is studying at San Jose City College, worries about his future.

“I have been studying here for three years,” Le said. “The tuition fee has changed twice.”

According to the article “Tuition for community college students will be frozen for 2020-21, but state university students likely to see increase of 3-4 percent,” published on January 27 in the Hartford Courant newspaper, full-time and out-of-state students will have to pay additional fee for accommodation if they are living on campus. Not only the daily life fee but also the tuition goes up. The overall increase for these students is 3.3% in 2021.

Le said he is concerned about this.
“How can I handle the fee when I transfer,” Le said, “if it keeps increasing like this?”