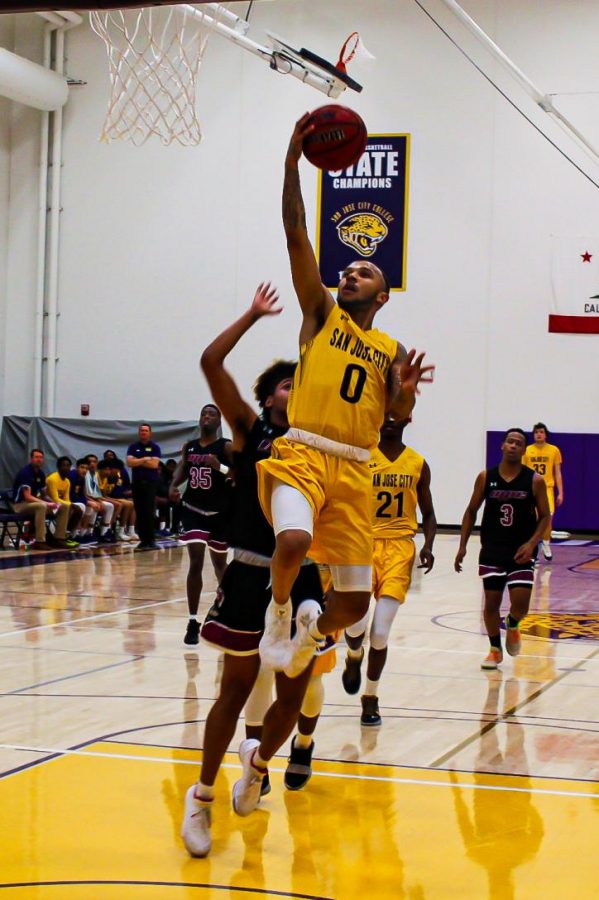 These losses at home would have stung less if the team had a home crowd to cheer them on.

On the day of the game, SJCC students were asked if they knew about the basketball game later that evening. They were also asked how the college could promote future games more effectively.

Carrissa Chavez, who plans on majoring in mass communications, expressed her frustration of not knowing when games are held.

“I didn’t know there was a game today, but I wish I did,” Chavez said. “I would love to go to games on campus, but it’s so hard because I never know when they are.”

“I’ve been at San Jose City College for two full years, and I’ve never been to a sports game,” Turner added. “Of course, I knew they were going on, but it seemed like nobody ever promoted them.”

Head Coach Devin Aye explained how it would help to have a bigger crowd during home games.

“The audience is like a sixth man; we need them,” Aye said. “I think the school should promote the games more with advertisements and banners. People never know much about the games.”

Sports schedules are listed on the SJCC website underneath “Athletics.”