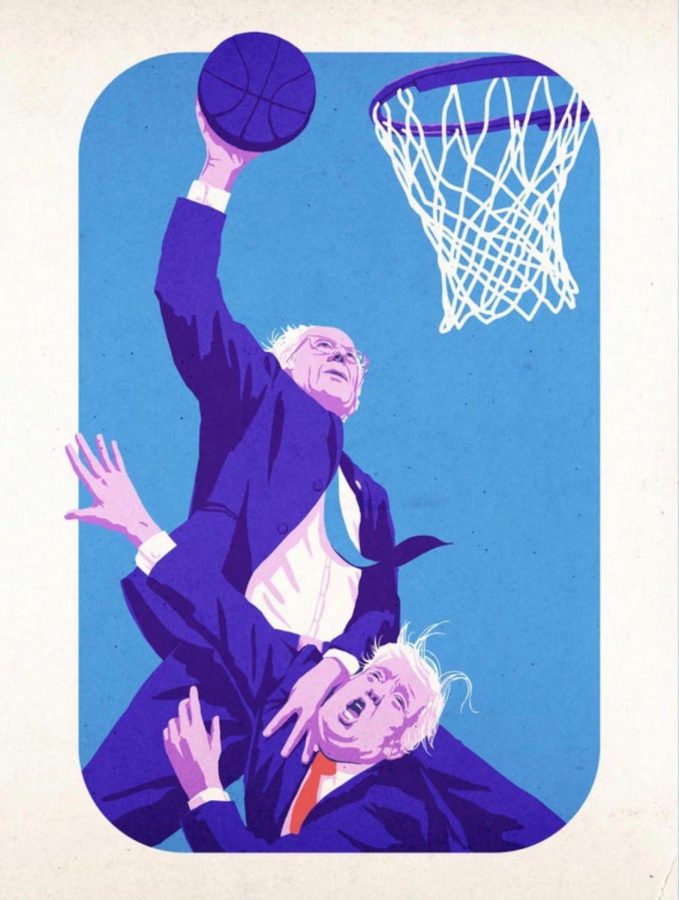 Sen. Bernie Sanders is set to become the Democratic nominee, and the poll results are looking better than ever.

Sanders has been gradually rising in the polls since late 2019.

A Quinnipiac Poll in December among millennials had 52% in favor of Sanders, whereas Elizabeth Warren and Joe Biden received only 17% and 11%, respectively.

It’s no surprise that Sanders is doing so well — he has the best record of being authentic and standing on the side of minorities, women, immigrants, the poor, the LGBTQ community and the working class.

More recently, Sanders has been the highest polling candidate in Iowa and New Hampshire, the first two states to choose delegates.

Real Clear Politics’ average results for Jan. 27 in Iowa are as follows:

Keep in mind that delegates are only allotted to candidates who receive 15% or more of the vote.

If the current trend continues, Sanders may acquire a majority of the delegates in the early states and therefore the most momentum to win the nomination as well.

Although Biden was polling high nationally during most of the race in 2019, his cringe-inducing responses to criticisms, such as “You ought to go vote for someone else, you should vote for Trump,” might leave voters wondering if Biden has any confidence in his own success.

Warren is no saint either. The Washington Examiner reported Dec. 28 that Warren lied about her Native American heritage, her children’s public-school attendance and her father’s janitorial occupation.

That has left the “public feeling misled,” according to the Examiner. Although nowhere near as numerous nor callous as Donald Trump’s fabrications, senator Warren’s lack of transparency is concerning.

Despite efforts to curtail Sanders’ advance, the senator’s slow and steady march toward the White House trudges on. In fact, the attacks seem to make him stronger.

Warren’s attempt to call him sexist before the latest debate backfired, with many Twitter users criticizing the action online by using the hashtag #NeverWarren, often commenting snake emojis to symbolize her underhandedness, according to CNN on Jan. 15.

The Hill reported Saturday that Sanders’ campaign “rounded out the fourth quarter (of 2019) with $18.2 million cash on hand,” significantly more than any other Democratic candidate and overwhelmingly thanks to small individual donations.

As stated by the campaign in September, Sanders was the fastest in history to reach 1 million individual donations, reaching a total of 5 million contributions by the end of last year.

Because of all of these factors, Sanders will likely win the Democratic nomination and then go on to win against Trump in a landslide.

Learn more about the campaign at berniesanders.com/issues/