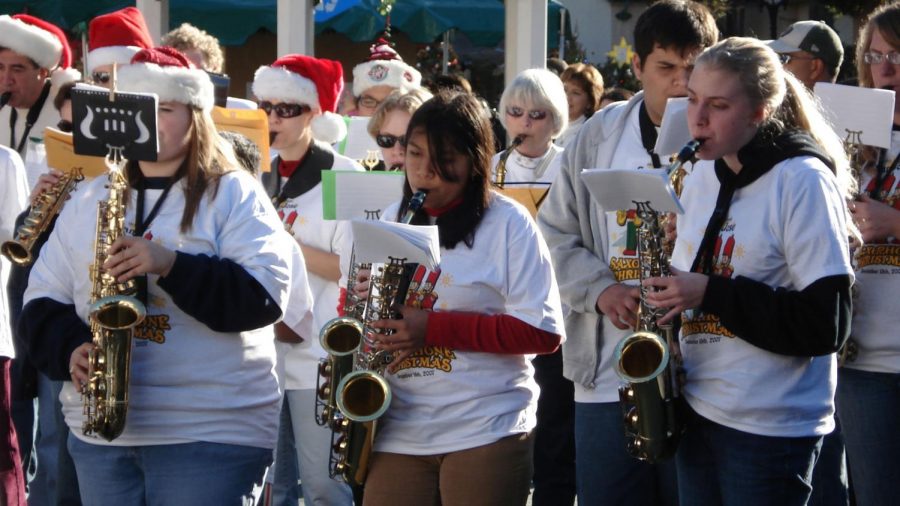 The “Saxophone Christmas” is a musical holiday event going on its 26 year anniversary. Saxophone of all ages can join this event regardless of their skill level, as long as you bring and play a sax.

On Dec. 7, the saxophone event will take place in Sacramento while on Dec. 21 it will be held here in San José. This event has two free performances on the day of the event, the first at 2-3 p.m. and the second from 5-6 p.m.

A plethora of saxophones are played in this event, including: soprano, alto, tenor, bass, baritone, sopranino, contrabass, C melody, sarrusophone, etc. The music provided for this event accommodates to whichever version of the sax you play—for example, there are 3-4 versions of musical pieces for the alto saxophone players because there’s always a high number that come to this event.

The creator of this event, Ray Bernd, began originally with 28 members at the start but has since seen it grown to over 100 members!

The origins of this event could be traced back to when Mr. Bernd was teaching in high school in Gilroy. He met with another saxophonist in the area named David Flatt, who was going to the San Bernardino’s Southern California Saxophone Christmas talked him into going to the event. After doing it for a few years, Flatt got tired of all the effort he had to do to get there; so with Mr. Bernd’s connections in the San José area, he was a music teacher in Monroe Middle School in Campbell on 1994.

He explained how things changed into a tradition, beginning on the 4th year of this event where there were now 120 members and could no longer fit in the stage provided in Christmas in the Park.  This then began the tradition of performances taking place in the day time rather than the night.

The first San José production performance, the first production will be held in Downtown San José’s Christmas in the Park by the fountains while the second will take place in Eastridge Mall on the Center Court area by the elevators.

Despite its lack of recognition, Mario Montez, a student and Spanish tutor at San José City College, believes that this event is good for the community, “that kind of events allow people to know each other, to lose the fear that they have of each other because I think that’s the real wall between people, is that we’re afraid of us because we don’t know each other.”

This goes hand in hand with Bernd’s joy and desire to show the audiences the different varieties of saxophones and how they sound together.

It’s only during that then he can tell if something does sound well or if a combination didn’t match as well as he thought it would. Despite all these efforts he loves putting on a performance because without an audience to play to, “it’s just another rehearsal.”

Ultimately, his goal is to show the audience how a saxophone ensemble looks and sounds like, while perhaps gaining another new member from last year. Last year, on the 25th anniversary, this event took place at Santana Row and Eastridge Mall. Being that it was so popular, he has thought about spreading out this event by playing there every other year.

Before the day of the event all saxophone players will meet to practice the performances being held. Once you’re registered for the event, whether online or in person, everyone gathers with like saxophonist to practice together their pieces. Check in starts from 7:30-9:30 a.m. while practice begins at 9:30 a.m. and goes until noon. The San José members will meet at the Obi Studios, 320 Piercy Rd., San Jose CA 95138.

For more information or to register for the event, please check the site: http://sjsaxmas.com/.