A sit down with SJCC English professor Jan Adkins 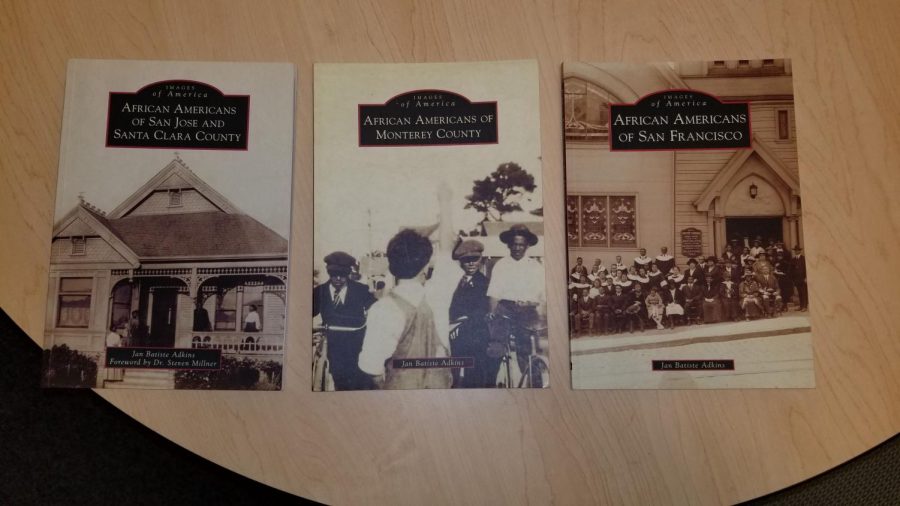 Q: “Are you originally from San Jose or the Bay Area? If not, where are you from?”

A: “No, but I’ve been in and out since the 1990s. I came here in 1997. Before then, I spent a lot of time in the Bay Area and in Southern California. I am originally from Portland, Oregon.”

Q: “What kind of experiences did you have growing up that led you to follow the career path that you did?”

Q: “Why don’t you think our area’s black pioneers have received the historical recognition that they deserve? How do you think we can more effectively acknowledge their contributions to San Jose and Santa Clara county?”

A: “Black pioneers have been excluded in the traditional California history textbooks. Books written by African-Americans have not been integrated. That’s why I decided I needed to focus on the African-American community; it has not been covered. Books about the contributions of various ethnic groups need to be part of the elementary, high school and college curriculums.”

Q: “Who were some influential people in your life that led to you taking the career path that you took?”

A: “My college professors at San Jose State University encouraged me to research and write books about African-American history. My colleagues at the high school and college levels encouraged me to write these books, as well as my students.”

Adkins is working on a fifth book, which she described as a historical based non-fiction revolving around women’s issues.