Nhu Vu won’t allow language barrier, treatment of others to weigh her down 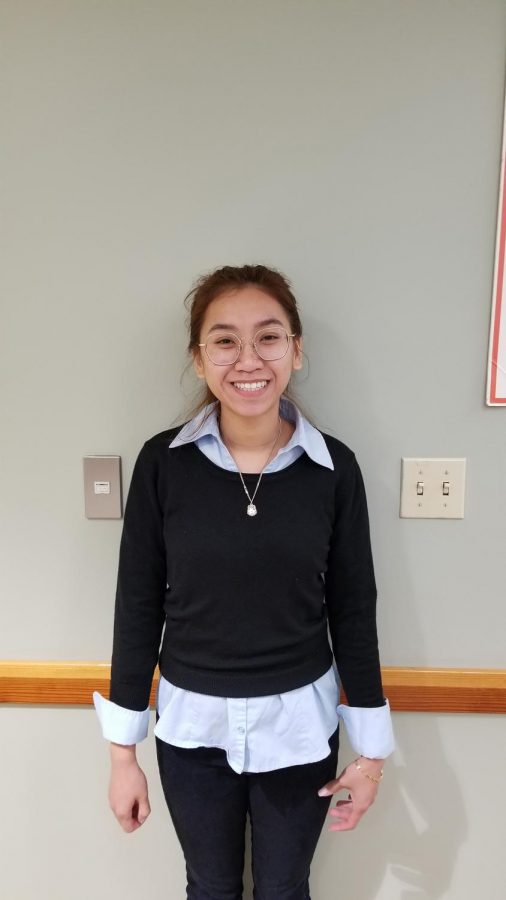 The same stands true for one of the ESL students on campus, who left her home country, Vietnam, to pursue and take advantage of better opportunities here in the States.

“I wanted higher education and to pursue my dream,” said Vu, “I want to become an elementary school teacher.”

Obviously, moving to a different country did not come without necessary adjustments for Vu. She said that something she had to put effort into was bettering her fluency in English.

When one relocates anywhere, let alone to a whole different country, there will be friends and family that are inevitably left behind.

When asked what she missed the most about Vietnam, Vu said, “My old friends, the food, and the places.”

Moving to the U.S. has also led to a certain amount of personal growth for Vu. “Back home, my parents took care of everything. Here, I take care of stuff,” said Vu.

For Vu, establishing herself in a country completely foreign to her has not come without its challenges.

Vu followed her comments up by reinforcing that regardless of how she has been treated by others, she didn’t care what people thought of her.

Life will always present an assorted variety of challenges; in Vu’s case, moving to an entirely new country to her, having to perfect a second language, adapting to a culture different than what she had previously been familiar with and even being mistreated by people at school and work.

However, what is very clear is that Vu won’t allow any circumstance or situation to obstruct her from reaching her ultimate goal of becoming an elementary school teacher.

So, what can we learn from Nhu Vu?

There will always be a reason to not improve the situation an individual finds themself in, but the refusal to cave to the difficulties and obstacles one faces can produce immense personal growth in someone.

That is reason enough to keep on keeping on.