’Rise up!’ and go see Hamilton

Popular musical is selling out tickets in SF 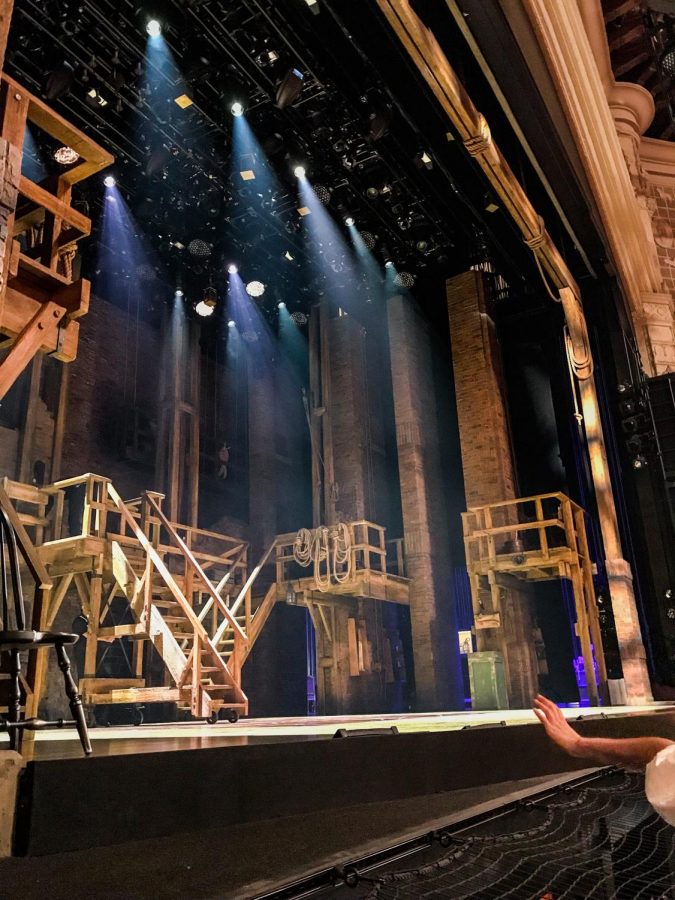 “Legacy. What is a legacy? It’s planting seeds in a garden you never get to see.” Alexander Hamilton says to himself as he confronts the bullet that was laggardly shot toward him, inevitably ending his life.

The 11-time Tony Award winning musical “Hamilton: An American Musical” is playing currently at the SHN Orpheum Theater in San Francisco. Created by the Lin-Manuel Miranda. The musical had its opening show officially on Broadway in 2015.

The musical tells the story of founding father, Alexander Hamilton who as the musical states, “The short-tempered, protean creator of the coast guard, Founder of the New York Post,” who also is the founding father of America’s bank system. Who knew that Alexander Hamilton lived such an exciting life and did so much for America just to be shot dead by Aaron Burr in 1804.

The musical was hypnotizing in the way that every song makes you want to tap your foot or bob your head to the music.

The cast is compiled of 10 main actors, a few side actors and an ensemble of dancers.

Four of the actors play two different roles, of the three, four have a significant meaning behind why they play those exact characters. Rubén J. Carbajal who played John Laurens also played Philip Hamilton who is born the day Hamilton learns of Laurens’ death in the musical. At the beginning of the musical Carbajal sings, “I died for him” in the song titled “Alexander Hamilton” showing how John Laurens died during the American Revolution and Philip Hamilton dies in a duel against a classmate who spoke negative of Alexander Hamilton.

Simon Longnight, who played Marquis de Lafayette and Thomas Jefferson, and Brandon Louis Armstrong, who played Hercules Mulligan and James Madison, both sing in the opening song, “I fought with him,” symbolizing how each of their two characters fights alongside Alexander in the revolution and fight against him in congress after the war.

The stage was simple but still extremely versatile with most of the decor being wooden scaffolding and stairs. It made an open space for big dance numbers but still was enough to be used in every single music number in the play.

One word to describe the musical was breathtaking, from the actors, to the music, to just the entire performance in general.

“You’re on your own. Awesome. Wow. Do you have a clue what happens now?” You should go to this story on SJCCTimes.com and click the link to buy tickets on shnsf.com