Firsthand look at an author’s adventure in writing 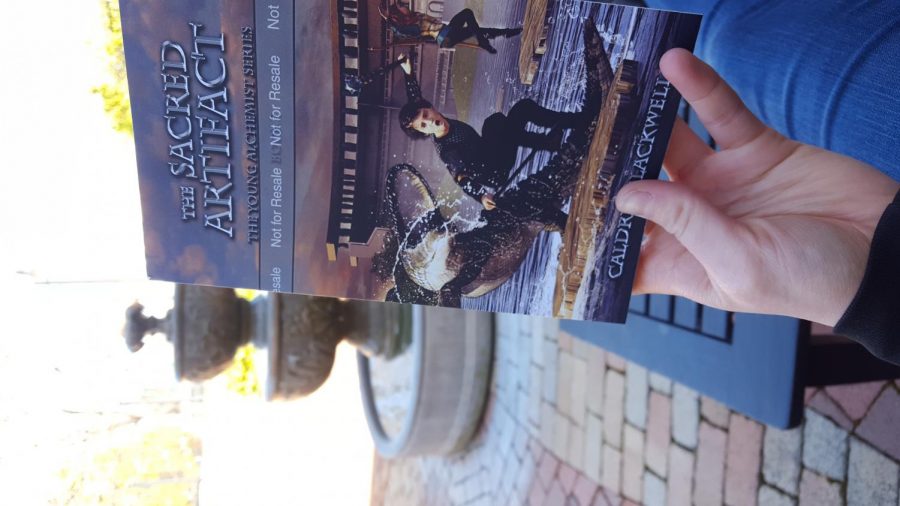 A former SJCC student, current author and medical student has published his third children’s book. Caldric Blackwell, 29, grew up an avid reader and got into writing in his freshmen year of college. Though his first book was never published, he didn’t give up. He started working on The Boy Who Couldn’t Cry Wolf which turned into his first piece of published work.

Blackwell, also a former writer for the San Jose City College Times newspaper, wrote ‘The Sacred Artifact.’ It is part 2 of his most recent book series The Young Alchemist. In this adventure series, a young alchemist trains in the arts of alchemy under master, Cornelius.

“So far I have spent the most time working on the last two books,” Blackwell said.

It has taken him 4 years to fully finish the series. He has a busy life as he is also a medical student, but he tries to spend at least 30 minutes a day working on his stories.

Blackwell put a lot of thought into whether he wanted to be a full-time writer, but said that he eventually realized something important.

“You can do writing as a hobby, but you can’t do medical work as a hobby,” Blackwell said.

The Sacred Artifact is a fun fantasy based adventure story about a group made up of two alchemists and their archer friend. Blackwell takes you on a journey into a realm of magic and friendship as Greg and his companions travel to new lands on a hunt to find the sacred artifact.

Blackwell gets most of his ideas while daydreaming in class. On a trip to England, Blackwell said he felt inspired by the architecture when he had to describe the surroundings in The Young Alchemist series. He said that each of his favorite author affects him in a different way whether it is their imagination, ability to describe surroundings or their skill to capture the adult mind.

“My goal in writing is just to capture something,” he said.

“I was always open to writing more books, but as I got to a certain point I felt like this should be the end,” Blackwell said.

Editor’s note: The article is revised to remove the legal name of this author who prefers to be referred to by his pen name Caldric Blackwell.