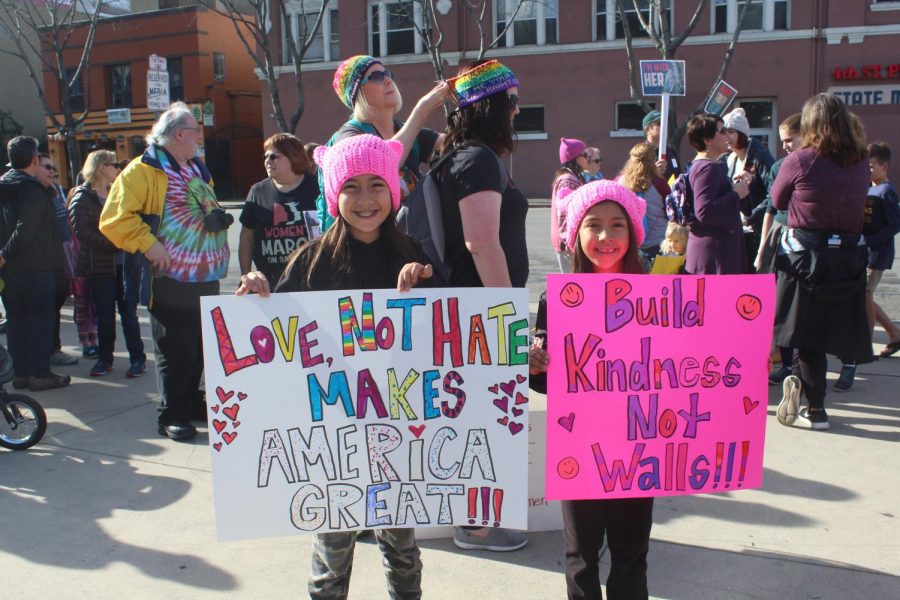 By Zoe Goddard, Girls proudly show off their homemade signs

The Women’s March has grown quite a bit since its start in 2017 on a very cold January day. So much so that I went to the 2019 march with a mission. A mission to show that even children want their voice to be heard.

Hundreds of children, toddlers and teens took to the streets of San Jose with homemade signs and pink hats to show the world that they too have a voice and deserve to be heard.

I saw signs ranging from Trump hate to LGBTQ+ supporters to a little baby who “Enjoys naps but is Woke.”

The main Hashtags or themes for this year’s march was “#WomensWave” and “#TruthToPower” As I stood in the crowd I could feel the energy radiating off of all the protesters who were marching for their own reasons.

Teens and younger were marching because they want to have a bright future when they are adults and that they want people to know that they will be voting when they come of age.