Getting in the swing of things 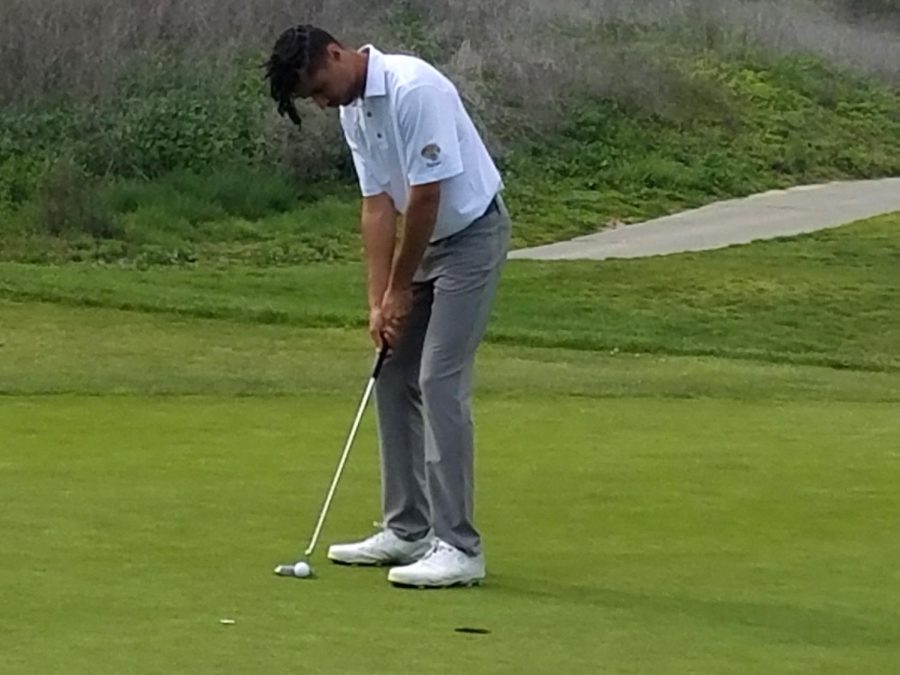 The SJCC golf team had a home tournament on March 19, at Coyote Creek Golf Club. Three other teams competed against SJCC, Chabot, Monterey Peninsula, and Modesto. While SJCC finished third, it did not take away from the effort they put out. Each team is made up of five to six golfers. They go in groups of four.

The scoring system for the games is broken into two categories. One is the overall team score and the other is the individual golfer score. The official rules of golf uses this type of scoring so the golfers can get a gauge on how well they did personally.

The scoring for golf is different from a more traditional scoring system. Each hole has a set number of swings a golfer must stay under in order to get a good score. The less swings they take to reach the hole, the better.

Although the SJCC golf team put up a great effort and made some great putts, they could not get the win. Chabot ended up winning with a team overall score of 368. While SJCC finished in third place with a score of 402. Despite the loss, the Jaguars had some good individual scores.

Freshmen Josh Quarles scored a 76 and Ronnie McDowell swung for a respectable 80 even.

A couple of days after, SJCC freshmen golfer Josh Quarles sat down with the Times for an interview.

Times: Have you played golf your whole life?

Quarles: Yes I have. Ever since I was little, all I wanted to do is play golf.

Times: A lot of people do not watch golf because they say it is too “boring” or “slow”. Do you feel the same way?

Quarles: I feel a lot of golfers watch golf just for mechanics. For sure I can not just sit there and watch the whole tournament. However, those who do watch it understand and appreciate the game more.

Times: You are a freshman at SJCC, what high school did you go to and what made you want to come to SJCC?

Quarles: I attended Pacific Grove high school. I wanted to attend either Cal State Long Beach or Cal State East Bay. However, things didn’t work out. I later got a letter from SJCC about joining its golf team.

Times: When I went to your tournament, I noticed, you were one of the only black people there. Normally, black people don’t play golf. Have you felt the same way being a black person playing golf?

Quarles: Yes. Growing up I would be in tournaments where I am the only black person. People would give looks, especially at some country clubs.

Times: Since you are a black person playing golf and growing up during Tiger Woods’ best years, was he an inspiration for you?

Quarles: Of course he was. Tiger was a big reason why I got into golf. He took a sport that was dominated by white older males and took it by storm. You look at golfers now and they are a little more diverse. Tiger Woods definitely is a legend and an inspiration.

Times: Speaking of inspiration, do you have anything to say to the young golfers trying to make it?

Quarles: Yes I do. You are always gonna have bad days, even months, even years. However, you can not give up. Always try and you will eventually get it. There was a point in my life from 2009-2011, where I did not win a single tournament. I was in a real funk and almost gave up golf. However, I never gave up and eventually got back to my winning ways.