Smoking kills more than you

Tips to quit tobacco use 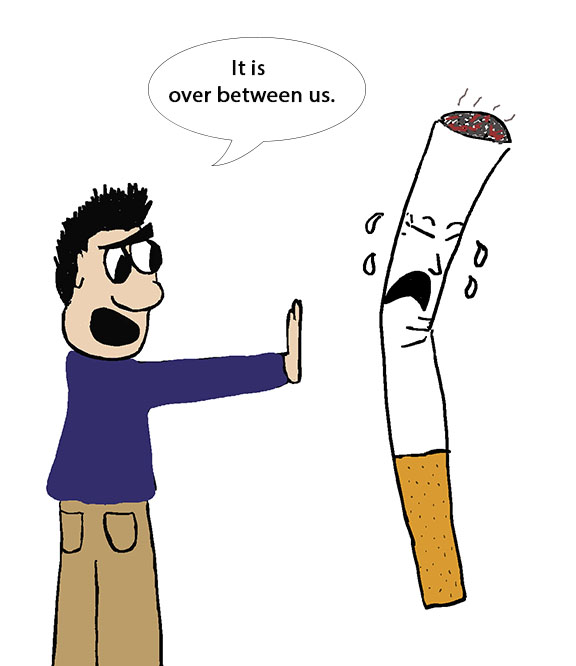 Growing up we are all told the same thing: cigarettes and tobacco in general are bad. Everyone remembers D.A.R.E and other campaigns going from school to school warning us about the dangers of tobacco. Fast forward a couple of years to a person’s high school/ teen years. This is the age where kids start to experiment with products that they were told so many years not to do.

However, people can make their own choices. While some find tobacco disgusting and life threatening, others can not live without it.

One of the hardest habits to quit is tobacco use. According to cdc.gov, in 2016, 37.8 million US adults use tobacco. Of that, 76 percent smoked or chewed tobacco everyday and 480,00 americans are killed every year by tobacco use. So if tobacco kills so much, why is it still around and not outlawed? The answer is simple. Money.

America is the world leader in producing tobacco leaves. It is a highly profitable crop that generates millions of dollars every year. Americans have been using tobacco since the country first came into existence.

While some people may say it is ok to have tobacco here and there, using it everyday can lead to many cancers and diseases.

Here are just a few tips on how to quit using tobacco:

It will be hard at first: When you stop the intake of nicotine, your body starts to feel weird. A tingly like sensation flows around your body. You are used to the nicotine calming you down. Without it, you are always agitated and seem to get angry quicker. These are natural withdrawals that happen when you stop tobacco use. You just have to fight the urges to use tobacco. It’s the nicotine’s way of trying to get you back.

Save a lot of money: At the start of 2018, California decided to raise the tax on tobacco products, bringing the average cost of a pack of cigarettes from $4.03 to almost $7. The same can be said for chewing tobacco.

The price change will affect you. Let’s say you smoke a pack of cigarettes every four days. At $7 each pack, that is $49 a month you can save. In a year, you can save $588. Although this may not seem like much money, it will help out in the long run.

Get a good alternative: It always helps breaking a bad habit by replacing it with a better one. I do not mean give up tobacco and get into other drugs or alcohol. Find an activity or other item to replace tobacco. For instance. Let’s say you get the urge to go outside and light a cigarette. Instead you can go outside and ride a bike. Everyday companies are looking at tobacco alternatives. For chewing tobacco, you can try these alternate products that replace tobacco with coffee grinds. The alternative all depends on the person.

A good support system is key: You may hurt the people you care about at first with your tobacco use. However, they would really care about you if they helped you quit. Or you can find a friend who also uses tobacco and try to quit together. It’s always easier to do stuff in pairs.

While some of you may be looking at these tips and think nothing of them, the hope is it will help people who are trying to quit. We all know the dangers of using tobacco. It can lead to early death through diseases and cancers. It is and will be a long hard road to sobriety. However, you will feel better about yourself in the long run.