We brought back a dozen! 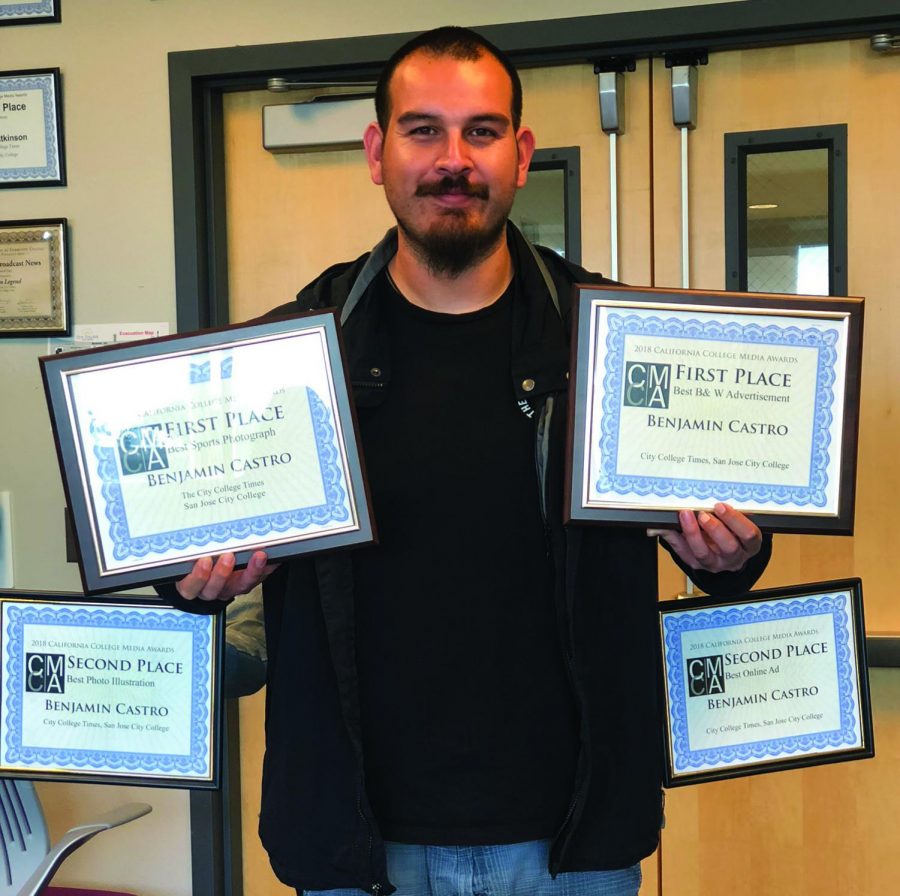 Editor Benjamin Castro has four awards, but only two hands.

The Times swept up 12 awards from Long Beach at the 2018 California College Media Association Awards on Saturday, March 3. Six former and present staff members received recognition for their work for the paper, in categories including editorial writing, photography, ad design, illustration and social media use.