I am: The Perfect Body

On fighting the battle of words against self-image 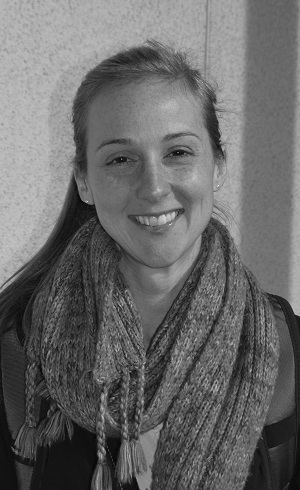 Danielle Kilgore is studying language arts and adjusting to being back in school.

Memories that leave the deepest scars, sadly enough, are the most easily recalled. My mother’s boyfriend nicknamed me “thunder thighs” when I was about thirteen years old. My self-esteem had not even taken hold yet.

Whoever said, “Sticks and stones may break my bones but words will never hurt me,” obviously wasn’t a girl barely hitting puberty with a nickname like “thunder thighs.” Until I became an adult these words shaped my self-image and the critical view I had of my body. My confidence had been robbed before I even left my home. I am sure of this: words hurt.

Without self-confidence, women are vulnerable. I met Erin, a young Brooklyn native with a major attitude problem, in 2010. I could never quite pinpoint whether it was pity or empathy that drew me to her. I could see that underneath that hard New York accent and leather jacket was a vulnerable, unsure woman begging for acceptance. Perhaps (gulp), in Erin, was a little bit of myself. At 100lbs, half of her hair had fallen out, she no longer had a period and her esophagus was eroding due to years of self-induced vomiting. I looked at Erin and saw a rib cage and bulging tailbone. She looked in the mirror and saw fat. Her self-image was so distorted that she could not take care of her only precious body.

It is the norm to stand in line at the local grocery store only to see flawless, oily abs and perfectly round breasts on the cover of every magazine, reminding us of the losing battle for self-acceptance. One of the most daunting challenges of parenting is that we can only filter so much of what our young, impressionable daughters will see. I will constantly be in competition with the media, the opinions of peers, and the thoughtless words that relentlessly mold my daughter Grace’s view of herself.

Never in my wildest dreams did I picture standing in desperation, in the dressing room of Story Road Walmart, witnessing my nine-year-old daughter in hysterics because she is “so fat,” and the pants designed for a twelve-year-old won’t fasten around her innocent waist. This was a sobering, crushing moment as a mother. Suddenly, every negative or derogatory comment I had ever made about my own body came like a flood into my memory. On that day, I learned that it’s not just what we say to our daughters but that what we say about ourselves that influences their perception.

As a new generation of young women arise, the responsibility on those of us who have been here a few more years, is more important than ever. We must accept and embrace our bodies, just as we are. Younger women will have to fight this battle, as every woman does, but how we equip them determines whether or not they will pick up their swords in self defense or fall prey to the “status quo.”

“I am…” is a special series in which we asked students to bring new insight into social issues through the lens of identity and their life experiences, and to answer the ultimate question: Who are you?

To read all other articles in this series, click here.